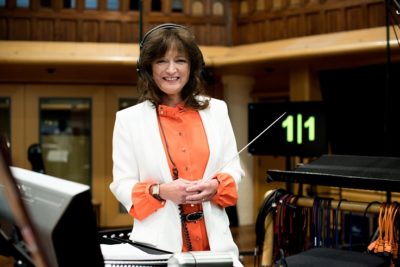 The Pageant at Royal Windsor Horse Show is delighted to announce that Debbie Wiseman OBE will compose the music for the prestigious event taking place on the evenings of 9, 10 & 11 May 2019. The renowned British score writer will draw on her wealth of experience within the music industry to create a composition that will perfectly encapsulate the spirit of the Victorian era. Wiseman’s selection of music will range from much-loved classics from Oliver Twist and the Music Hall, to new compositions written specifically for the show. Spectators can expect to enjoy a fun-filled evening full of classic singalongs, performed by the exceptionally talented National Symphony Orchestra, who have recorded the composition exclusively for the show.

Staged by a BAFTA award-winning team in the private grounds of Windsor Castle, The  Pageant will commemorate the life of Queen Victoria, as 2019 marks the 200-year anniversary of her birth. Bringing together memorable and exciting events from this golden age of discovery in celebratory fashion, the show will encompass everything from Gilbert & Sullivan, Charles Dickens, the Industrial Revolution, and British military heritage, including the Crimean War and The Great Game.

Speaking about her role in The Pageant, Wiseman said: “I am delighted to have been handed this most enjoyable task of writing and gathering together the music for this celebration of the era of Queen Victoria, working once again with the highly skilled production team, and I am privileged to present it at The Pageant.”

Having worked with the same team for The Diamond Jubilee Pageant and Her Majesty The Queen’s 90th Birthday Celebration in 2012 and 2016 respectively, Wiseman has experience writing for the stage, as well as accumulating a host of awards in her career for work on film and television scores, ensuring she is the perfect person for the task.

Show Director Simon Brooks-Ward said: “Being able to attract a great name in the music industry, such as Debbie Wiseman is testament to The Pageant’s appeal and charm, not just within the equestrian community, but also the wider public, and we very much look forward to working with her over the coming weeks.”

Tickets for The Pageant are on sale now and visitors may purchase them online at www.windsorpageant.co.uk or via the box office on 0844 581 0755. Local Windsor residents may purchase their tickets at Windsor Information Centre located in Windsor Royal Shopping or by telephone on 01753 743 589.